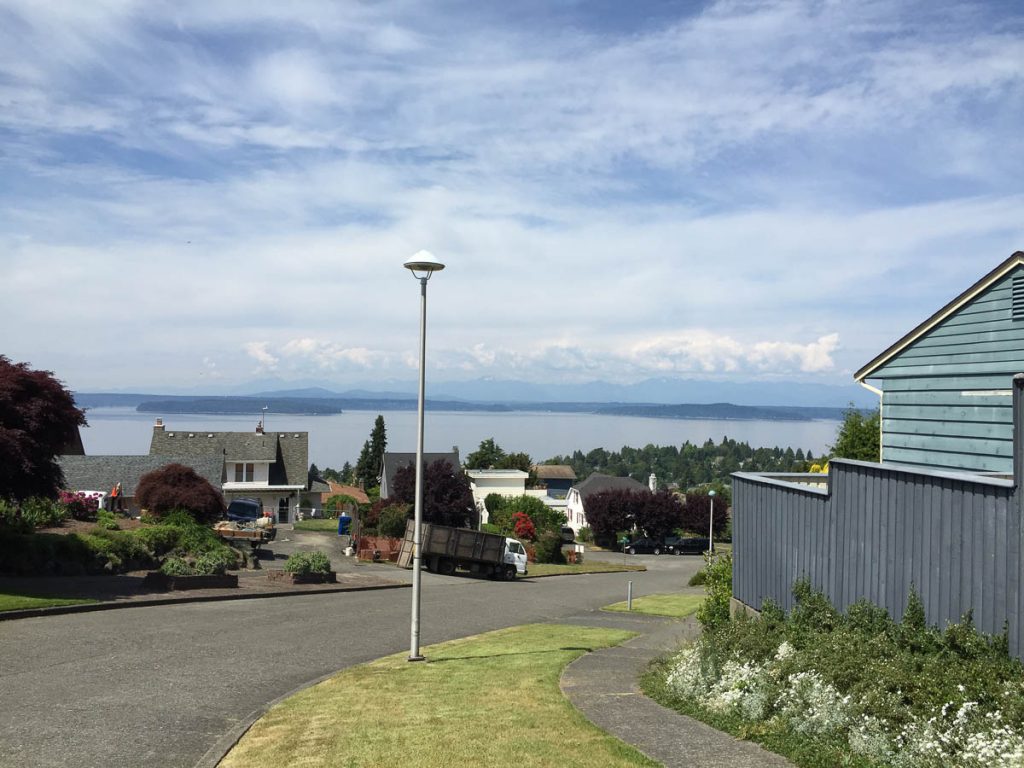 All French boys and girls who had lunch at the school cafeteria (cantine) in elementary school played this game.

Duralex glasses were so sturdy, almost unbreakable that they could be found in every cantine. On the bottom of our Gigogne Duralex glasses were engraved numbers (a serial number between one and 50). It was supposed to be our age. There was no real point, it was just simple entertainment while waiting for our food and a reason to laugh at each others. Who was the “Baby”?

This old style glass is now very trendy in restaurants and stores. You can find the Picardie Duralex or the Gigogne Duralex almost everywhere.

The other day, I had lunch at London Plane and… Happy me, I was 20 in my glass. I felt so well for the rest of the day!

One Sunday morning at Ballard Farmer’s Market, a sign saying “Poems, your topic, your price” drew my attention. In front of this sign were two men tapping on old fashioned typewriter on recycled paper. One of them was Willhelm Curius.

I asked him if he could write something for my eldest son who was abroad for his sophomore year and whom I missed. He asked for a few more information and I gave him more details and described Pierre a little bit. There were a lot of people at the market that day and he told me he would be done 30 minutes later.

When I came back he offered to read the poem aloud. I found it very moving and I was touched. 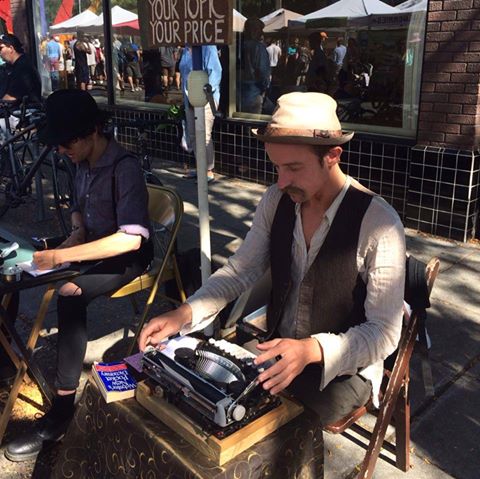