I came across this place while I was walking around Ballard on Ballard Avenue. This store definitely caught my eye because of how green it was inside. This is a nice place, and it is all you can expect with all these plants around.

I went in seeking air plants and succulent for my new planter. I found exactly what I needed. They have a lot of cute and different sizes of succulent. I picked up several unique plants and small stones.

I will come back to buy some potted plants or arrangements.

If you are interested in getting a cement planter, let me know. I have one for you.

Brimmer and Heeltap is a bar and restaurant in Ballard, open for brunch on weekends.

The space is super cute and light. I like the numerous soliflores along the wall and the blue of the seats. They also have a patio for when the sun decides to shine again…

Reservation is key for the brunch unless you arrive early.

The brunch menu list is pretty short but unique. We had a delicious and fresh housemade Ricotta served with fresh figs. The bread was delicious, thickly sliced and toasted! We shared also a traditional breakfast with eggs, toasts, and sausage and a scrumptious salad.

We will definitely be back one evening to try the dinner menu. 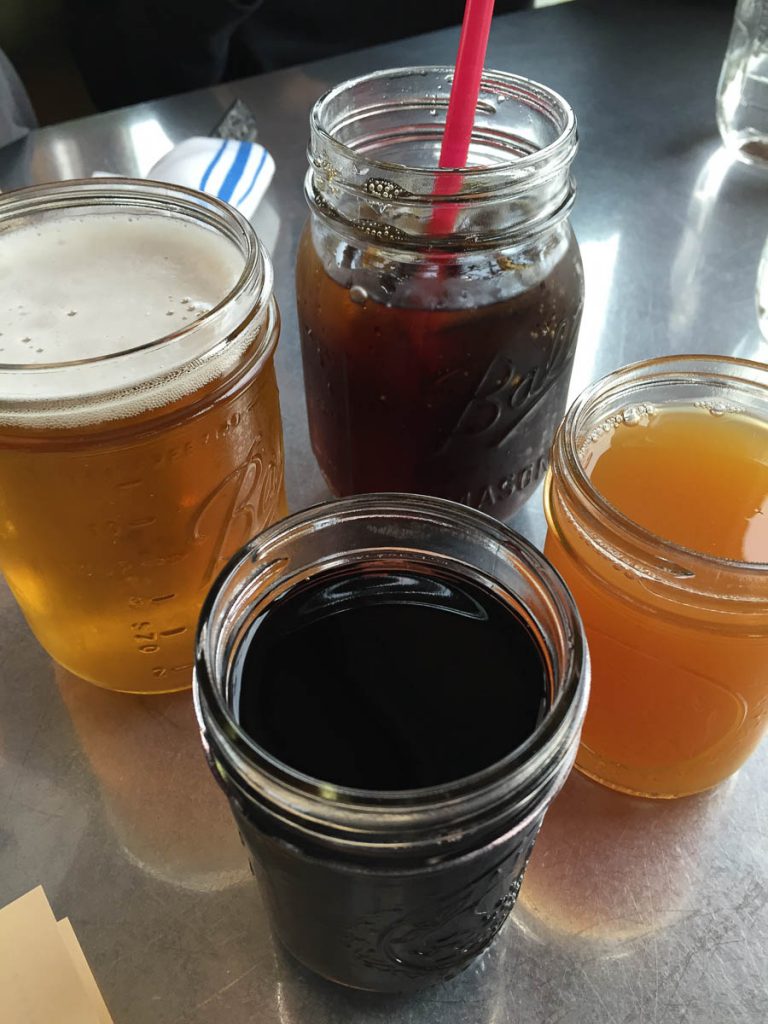